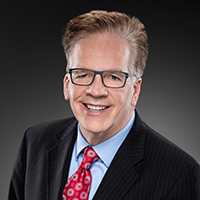 David J. Dempsey received both his undergraduate (B.A., 1976) and law degrees (J.D., 1980) from the University of Nebraska. He was Editor of the Nebraska Law Review, and is the author of articles published in the Nebraska Law Review and Mercer Law Review. Mr. Dempsey was admitted to the State Bar of Georgia in 1981. Mr. Dempsey is a Distinguished Toastmaster in Toastmasters International and actively coaches both attorneys and corporate executives in effective public speaking. He is the author of Legally Speaking: 40 Powerful Presentation Principles Lawyers Need to Know, which was published in 2002, and Better to BEST: How to Speak for Extraordinary Results . . . Every Time!, which was published in 2007. Currently, Mr. Dempsey focuses his efforts in the field of public speaking, and therefore has placed on inactive status his license to practice in all Georgia trial and appellate courts, as well as the U.S. District Court for the Northern District of Georgia and the U.S. Court of Appeals for the Eleventh Circuit.