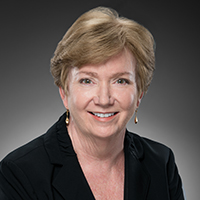 Ms. Coleman is the founding partner of Coleman & Dempsey, LLP. Her practice is primarily focused on matters pertaining to commercial leasing, and she has been practicing in this field for more than 25 years.  Her practice involves not only the negotiation and drafting of leases and other documents related to commercial leasing (letters of credit, confidentiality agreements, subordination agreements, commission agreements, service agreements and the like), but also litigation arising out of commercial leasing transactions.  Although her representation is generally of landlords, she also represents tenants in commercial transactions.  While her practice generally relates to commercial leasing matters, she also handles contract negotiations and disputes of a more general commercial nature.  She is a graduate of Kent State University (B.A., summa cum laude, Phi Beta Kappa, 1977) and Emory University (J.D., 1980).  Ms. Coleman was admitted to the Georgia Bar in 1980 and the United States Supreme Court in 1984. She is also licensed to practice in all Georgia trial and appellate courts, as well as the U.S. District Court for the Northern District of Georgia, and the U.S. Court of Appeals for the Eleventh Circuit.  Ms. Coleman is a frequent guest lecturer on topics related to commercial leasing, and she is a regular volunteer with the Gwinnett Pro Bono Project.  She holds an AV-Preeminent Peer Review rating with Martindale, and she has continuously maintained an AV rating with Martindale since her fifth year in practice.